Wow, I’m not sure what my life has become that I’m writing an article dedicated to soft flasks… but here goes. As it happens, you might too want to become a soft flask connoisseur, and yes, there are differences.

I’ve picked five here which I’ve personally used and highlighted the features I like and don’t like, in case you’re planning to invest! And actually, they really are quite an investment. At around $40 dollars per bottle, it doesn’t hurt to get it right on the first attempt.

If you’re starting from scratch with soft flasks, here are my reasons for using them in your hydration vest or handheld, and a few things I suggest you look out for:

Pros of soft flasks in general:

Here are the five types I’ve tried and tested out on multi hour trail runs, generally sitting in a hydration vest:

My motley crew, reviewed in order from left to right.

1.Salomon Soft Flask 500ml. These came with my original S Lab vest. While these were the first soft flasks I owned, and I initially loved them, they do suffer from the narrow neck syndrome. Otherwise, they work a treat, other than perhaps becoming more fragile with time and one of mine has finally developed a small split which is a deal breaker for a vessel designed to hold liquid….

2. Salomon Soft Flask 2017 500ml. Features a reinforced plastic top. Came with my 12 set purchased last year. I don’t know what it is about these bottles, but I’ve had endless leaky issues. The plastic top does hold the bottles up in your hydration vest better (that is, if you don’t have a vest with a loop to assist with that job – see my Salmon 12 set pack review if you don’t know what i’m talking about!). Also, sorry but these have narrow necks too. They’re okay as soft flasks go, but not ideal.

3. Hydrapak 500ml Ultra Aspire.  These were actually mistakenly sent to me when I ordered the Hydrapak blue straw bottles. And, let’s just say, I didn’t order them for a reason. While they do have the wider neck, which is great, they also have a really wide body which I’ve found so tricky to slip into my hydration vest pocket. Plus, the straws and the valve – ooph, not good. It’s an “infusion valve”, read – pull up/slide down type valve which means I can’t get the air out to stop the sloshing and there’s a little extra step to open and close the valve whenever you want to drink. Not a big deal, but for a similar price, why go through extra hassle when you don’t need to.

4. Hydrapak 450ml Ultraflask. My top choice! Winner winner, chicken dinner. I’ve used these numerous times over the last six months and they haven’t leaked on me at all. The style is nice and narrow to slot into my vest. The straws work a treat, complete with a bite valve for easy drinking and the ability to eliminate “the slosh”. Personally, I love the straw version but you might want to think about how they’ll sit in your vest. I have a Nathan vest with little loops which prevents them from wobbling around like two crazy wobbly straw things. In my Salomon 12 pack they also sit pretty nicely. For some reason in my smaller 5 pack they get a little more wild… But still, for the wide neck; the non leaking and the easy straws with great valves, these are my top choice. 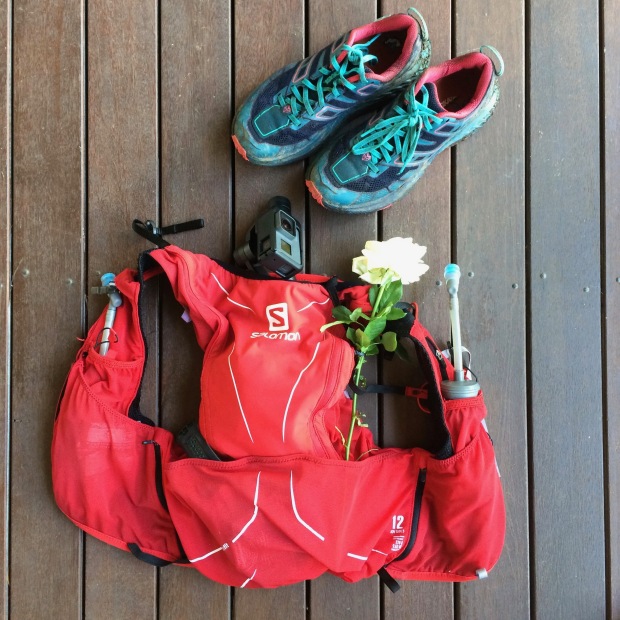 The ultra flasks in my Salmon 12 pack, along with the other trail running essentials…

5. Hydrapak Nathan 350ml. Performs much the same as the ultraflask as above, but a smaller size. No complaints! These came with my Nathan VaporHowe vest and work perfectly in there, albeit short in the pockets of my Salmon vests. They also have the “ExoSpine” – a long piece of plastic inside which runs the length of the bottle, to give them a little stability and make them easier to pop into the vest pouches. I have read reviews about them being difficult to thread and leaky, but I haven’t personally experienced this.

This is by no means an extensive review of the flasks available – I’ve heard good reports about the Salomon Speed flasks with the reinforced plastic bases which help you “shoogle” them down into your vest, but given the expense and my existing collection, I haven’t yet invested.

What are your thoughts on the subject? Soft flasks or hard bottles? And which styles in particular do you use? Feel free to comment so we can all move towards the ultimate in flask happiness! 😉 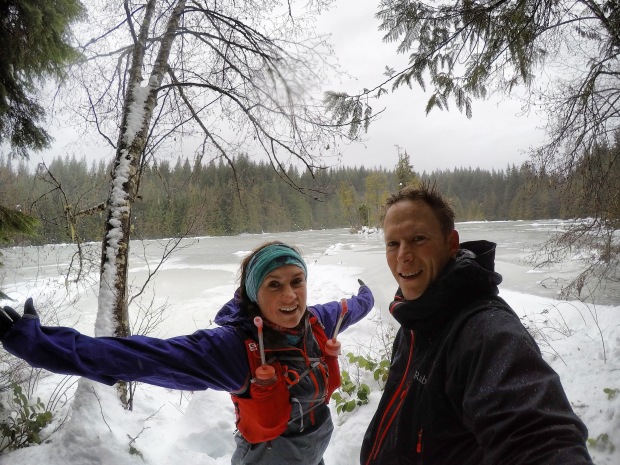 “Soft flasks are THIS good”

3 thoughts on “Soft Flasks. My quick guide to flask happiness. It’s a thing.”